A TOTAL of US$296 million (TT$2 billion) has been sold to 123 manufacturing companies from 2018 to Monday May 9 by the Export and Import Bank of Trinidad and Tobago (EXIMBank) foreign exchange facility, designed specifically for manufacturers.

Availability of foreign exchange has been a problem plaguing the country for at least eight years, which was in turn hindering manufacturers from exporting.

In 2018, the Ministry of Finance launched the EXIMBank’s Forex Facility, to ease the burden by funding critical imports needed by manufacturers to export.

In an interview with Express Business last Friday, at his office at Queens Park West, Port of Spain, the EXIMBank chief executive officer Navin Dookeran said when the facility was launched in 2018 there were some hiccups that needed ironing out. Dookeran was appointed CEO in 2019.

Dookeran said one of the first things he did when he started at the financial institution EXIMBank, was to work with The Trinidad & Tobago Manufacturers’ Association (TTMA) to co-develop a new programme, as the criteria before almost excluded manufacturers from applying for forex.

He explained that to qualify back in 2018, at least 30 per cent of a business’s production must be for export, and in the case of existing established manufacturers, to qualify, these companies had to agree to repatriate a suitable amount of their foreign exchange earnings.

“That model was not workable at all, so we teamed up with the TTMA to work out how to do fair, equitable allocations per company and not broad-brush everyone under the same roof. That is because every company is different and what will work for one company will not work for another.

“The foreign exchange facility started off with zero clients and at present we have 123 manufacturers and the aim is to get more manufacturers. So we are working with the TTMA to help boost the numbers,” he said.

In addition, in response to the Covid-19 pandemic, over US$335 million was disbursed to 69 companies importing essential items such as pharmaceuticals, personal protective equipment (PPE), food and beverages, cleaning supplies and non-food items like batteries and light bulbs, Dookeran said.

He noted that part of the criteria for manufacturers to get the foreign exchange is that they must apply online and upload their company’s financial statements.

“You must be in good standing and must have been exporting or now want to export in order to qualify. What I can say, to maintain transparency the manufacturer does not get the foreign exchange, it goes straight to the international supplier. Every month, the manufacturer pays a monthly fee in order to keep accessing the facility. While I cannot divulge how much, I can say it’s a good rate as the companies are staying and more are expected to come on board, ” he stressed.

The executive, who is the son of former finance minister Winston Dookeran, said the process is much easier now, as all manufacturers are able to qualify.

“We have even opened it up to the micro, small and medium enterprises (MSMEs) and are encouraging these businesses to come on board. You do not have to export today…but you can fill out your export plan on our Excel sheet online and we can give you foreign exchange for one year, because by that time you would have been expected to make at least one export sale,” he remarked.

In March, Finance Minister Colm Imbert announced that his ministry was seeking to increase the allocation of foreign exchange to the EXIMBank, to allow increased allocations to importers of essential items and to expand the foreign exchange availability to MSMEs.

“We are going to put considerably more money into those special windows at the Eximbank to allow many more of our local businesses to access foreign exchange for productive purposes,” he said, as he acknowledged the rising cost of goods and shipping caused by the Covid-19 pandemic and the Russia-Ukraine war.

Dookeran said the bank generated after-tax profit of TT$49.5 million in its financial year ended December 31 2021. That is an increase of 342 per cent over the 2020 achievement of TT$11.2 million.

He said this robust growth is due to the increased income from foreign exchange operations to TT$47.2M, as the bank ramped up forex delivery to manufacturers and importers of essential items, to execute the Government policy of providing financial support to the sectors.

“Impairment expense turnaround, from a loss of TT$9.5 million to a positive write-back of TT$2.5 million, in line with the experience across the Banking sector year on year,” he said.

According to Dookeran, the forex facility for manufacturers achieved its intended objective, having acted as a catalyst for economic growth and facilitated the acquisition of much needed raw-material inputs to ensure the sustainability of the manufacturing sector.

He underscored that it is important for State enterprises to deliver on their mandate and generate profits.

“We transformed the EXIMBank in this way now and made it profitable. Now as I told you, I don’t want you to go back and watch all the past statements. So I’ll say it fast that there were losses in the past. The reason for that is that, at the time, decades ago, the institution was delivering on its social mandate and taking on risks that a commercial bank would not take on.

“The good thing now is with our profits, we’re now covering back all of those losses and settling ourselves out now to actually be able to deploy more funds back into the market with the profits. The profits are being reinvested back into business investments. But, the losses, I won’t say there is anybody to blame for that, it’s just a social mandate of letting high risk companies, that’s what happens,” he stated.

He attributed the performance and profitability to his hard working team of just over 40 employees, driven by chief operations officer Josephine Ible and chief financial officer Anthony Mohammed.

On the loans side of the bank’s operations the CEO said apart from their impaired legacy portfolio, which they have addressed already, much of the losses that the bank took in 2019 involved covering all those legacy elements.

“So, we don’t have more losses to take on. We have a portfolio of performing companies and we have not had, over the pandemic period, any degradation in credit quality. So, I’m quite happy about that from a bank point of view… The key message there is that the profits that we made, for now, are being reinvested back into companies to do business investment and since 2020 the bank has not had issues with companies not repaying loans.”

Furthermore, he said if a client wants to borrow money from the bank, it requests the same collateral that a standard commercial bank would ask for.

“Real estate, tangible security, cash or something like that. So, that is how we corrected the credit portfolio. The thing is we’re only looking for collateralised lending.”

Mon May 16 , 2022
Podcasts have soared in popularity since British journalist Ben Hammersley coined the term in 2004. There are now more than 2.4 million podcasts — and 65 million episodes — on the Apple Store alone, according to the Podcast Industry Insights tracker. About 30 per cent of that amount has been […] 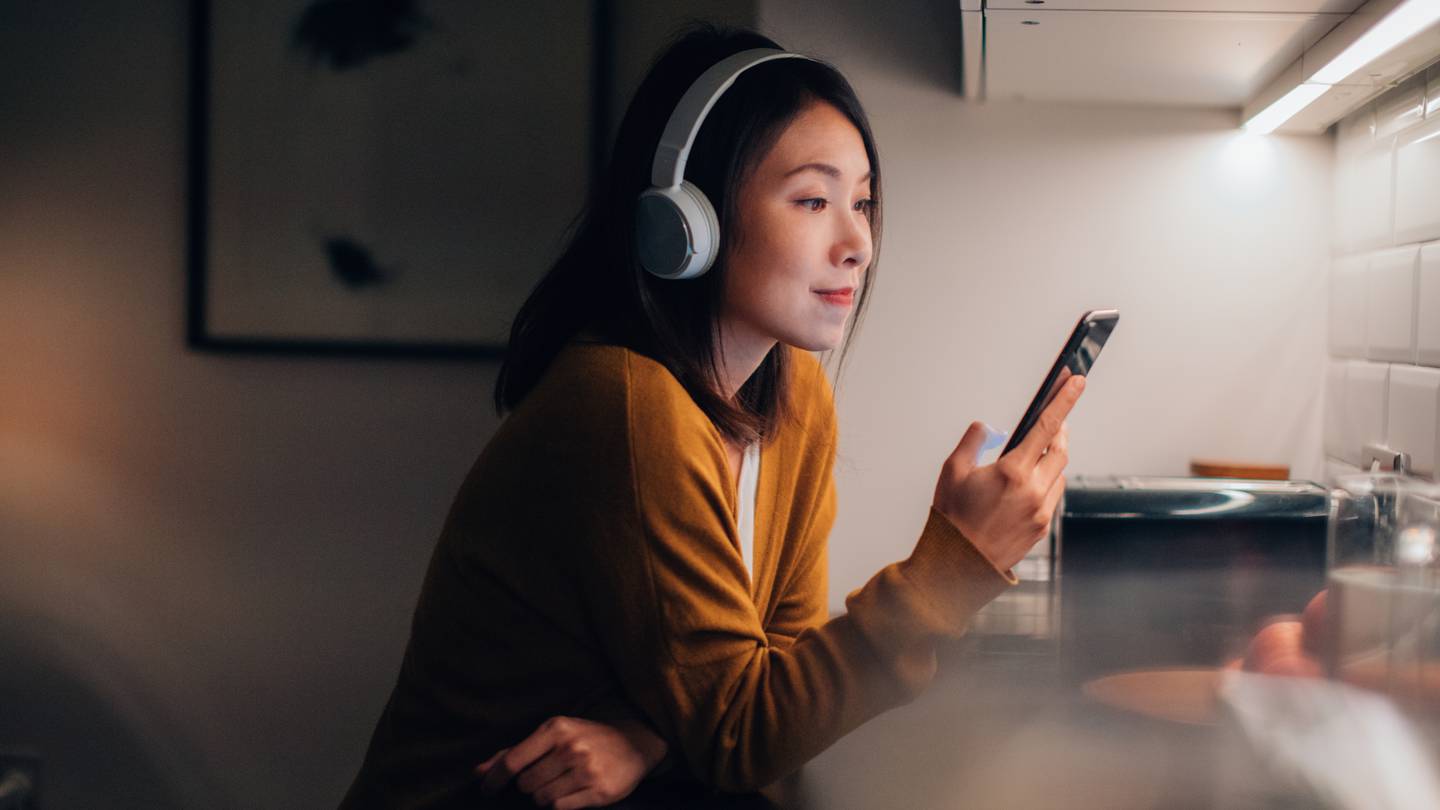