Doug Evans will happily cite this statistic to you: About 80% of restaurants fail within five years. In fact, 60% of them don’t even make it to their first birthday.

But he’s not expecting the one he’s involved with will be one of them.

L’s Kitchen at 17th and Van Dorn streets is a collaboration between Evans, former City Councilman Roy Christensen and Lawrence de Villiers, a native of France who ran another restaurant, The Normandy, in the same location.

The restaurant, which opened in April, specializes in “gourmet comfort food,” Evans said, including many familiar dishes with new twists on flavors.

Each man is focusing on his area of expertise: Evans on marketing, Christensen on the financial side and de Villiers on the food.

Because of that, said Evans, “We can figure out a way to make it work.”

It appears a number of restaurateurs are figuring out how to make it work, with a healthy number of restaurants continuing to open in Lincoln despite the ongoing coronavirus pandemic, inflation, supply chain issues and a labor shortage.

As of May 1, more than a dozen new restaurants had opened in Lincoln since the beginning of the year, and at least another half dozen were in development or under construction.

They range from mom-and-pop locations, to expansions of local operations, to new locations for national chains.

One of them was Firehouse Subs, a sandwich chain that opened its second Lincoln location in March.

Local franchisee Tom Mejstrik, who opened his first location at East Park Plaza in 2016, started working on another at Edgewood Shopping Center in 2019, but then the pandemic came along and shelved his plans temporarily.

But one thing he noticed throughout the pandemic was’ “the demand just continued to be strong.”

Mejstrik said his carry-out and catering business boomed, giving him no qualms about about opening a second location, especially one in south Lincoln, where many of his customers live.

“It’s still a good time to open restaurants,” he said.

“It’s a good industry to be in, and I think people are seeing it,” said Olson, who noted that the restaurant industry is no different than most other industries: There is a constant churn of businesses opening and closing.

But the pandemic shined a spotlight on the industry, she said, and there was a lot of media coverage about the struggles it faced.

“I think overwhelmingly the hospitality industry came to the forefront of national news and local news and state news because of COVID,” Olson said.

That also meant a spotlight on restaurants closing down, even though Olson said she believes that in most cases, the pandemic was not the main reason those places closed.

But it’s no secret that the industry lost customers, whether it was because of emergency health measures that restricted in-person dining or customers who were wary of eating out because of the risk of catching the disease.

Research suggests that those fears have eased and people are coming back to restaurants this year after avoiding them over the past two years.

A report from TOP Data, a company that delivers business, consumer and marketing insights, shows that restaurant visits are up almost 21% in Nebraska in 2022 compared with 2021, which ranks as the seventh-highest increase among the states.

“Business is back and we’re learning how to deal with that,” Olson said.

One way restaurants are dealing with the increased business and a shortage of workers is using more technology.

Examples of that are menus accessed via QR codes and ordering and payment terminals at tables, Olson said, and customers are going to continue to see more innovation, she said.

But restaurants still need bodies, and Olson said workers are starting to return to the industry.

As of March, there were 7,300 people employed in restaurants in Nebraska, according to the Federal Reserve Bank of St. Louis, the most since the pandemic began.

Some local restaurants that went out of business during the pandemic cited an inability to find enough workers as one of the reasons they shut down.

Both Evans and Mejstrik said their restaurants have been able to find enough workers, and Evans said he believes talk of a labor shortage is a “false narrative.”

“All you have to do is pay people a fair wage and they’ll come work for you,” he said.

The 10 longest-running restaurants in Lincoln

Get the latest local business news delivered FREE to your inbox weekly.

Mon May 23 , 2022
CYTK LLC. (CYTK.io) has announced two “game-changing” new hires in the first half of 2022. CYTK, which the company says is the first AI-powered mobile repair search application for the aftermarket and dealerships, has hired Jill Trotta as its first vice president of business development. Trotta will be working with […] 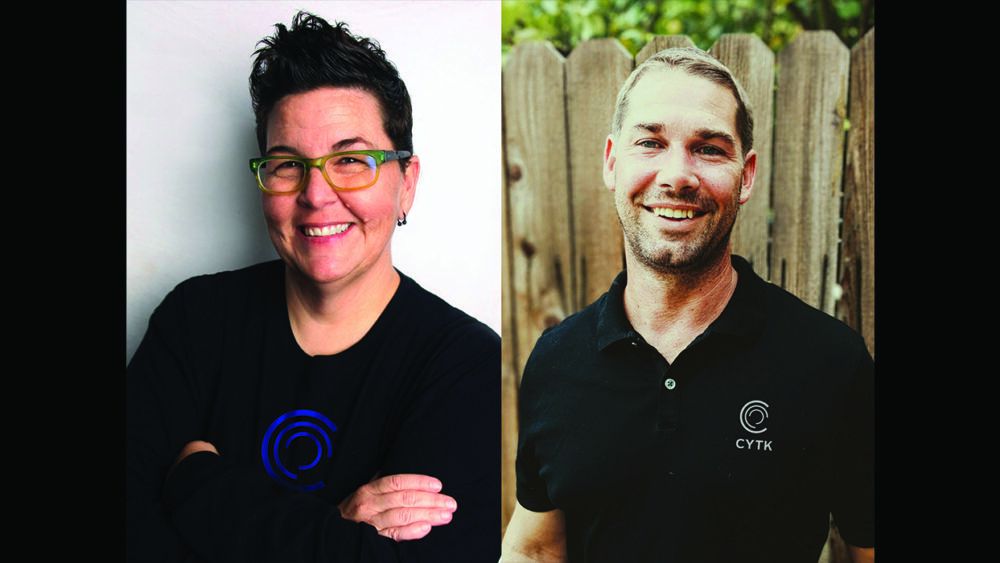