Karachi, Pakistan – Despite its fast-shrinking foreign exchange reserves which will inhibit imports of essential fuel, cooking oil and pulses, Pakistan says it will not be in dire straits like neighbouring Sri Lanka and that it has a “strategy” to boost its reserves.

“No chance of default, none,” said Pakistan’s finance minister Miftah Ismail in an interview with Al Jazeera. “Yes we have a strategy to increase our reserves and you will see that they will start to increase.”

Ismail, a member of the PML-N which successfully spearheaded a vote to remove the Imran Khan-led government, was recently in the US to meet with the International Monetary Fund (IMF) to push to resume IMF’s $6bn loan programme to the country, a key source of funding that keeps the economy running. The three-year programme was started in 2019 but this is the third time that it has been suspended.

Foreign exchange reserves have dropped to a 28-month low in Pakistan to below $11bn, barely enough to cover imports for the next two months. The last time forex reserves were below this level was in December 2019.

But economists are not too alarmed as the country has dealt with such near crises several times in the past years.

“It is not just two events, it has happened at least 13 times during the last 50 years,” said Atif Mian, economics professor at Princeton University, in a talk earlier this month on Pakistan’s economy which was broadcast online.

Pakistan has this chronic balance of payment problem because for years its imports have outstripped its exports, he said.

For instance, in the first nine months of the current financial year that started in July, Pakistan accrued a negative trade deficit in goods and services of $33.28bn, government data show. It exported goods and services worth $28.85bn and imported $62.13bn worth of goods and services. The current account deficit for the period had jumped to $13.17bn, up from $275m for the same period of last year.

The high current account deficit and depleting forex reserves have pushed up the dollar rate which, at 190 pakistani rupee to the dollar in the open market earlier this month, has touched a new high in the country. Higher dollar rates mean the country has to pay more for the same quantity of imports.

“India and Bangladesh don’t have to go to the IMF as we have to do repeatedly. It is because Pakistan has a fundamentally unsustainable growth model,” Mian said.

One major reason for that is a lack of local businesses making goods for exports. The country’s rich, he said, were focused on investing in and developing real estate which boosted their personal wealth, in turn leading to an increase in demand for imported cars and other luxury items.

“You cannot sell real estate development to people sitting in New York. They are not interested in that. You have to produce something else. Perhaps IT services,” Mian said.

Another problem was that a lot of the money-generating sectors, like growing and processing sugarcane, were in the hands of a minuscule political elite who had made the business “remarkably unproductive”, Mian said. “China and South Korea also have the issue of elite capture (of lucrative businesses) but they have it in export-driven industries,” he added.

Ashfaq Hassan Khan, economist and Principal of Social Sciences at NUST University, agreed that while the country was indeed facing economic problems, it was not bad enough to be called a crisis as yet.

“We have seen the worst reserves level to cover only two weeks of imports in the past,” said Khan. “In November 1998 we had international sanctions and our reserves fell below $400m. Been there, done that, there is nothing to worry of a sovereign default.”

Finance minister Ismail acknowledges that being heavily dependent on imports is a problem.

“Pakistan has an economy that is not geared towards exports,” Ismail told Al Jazeera. “And so every growth cycle leads to an increase in imports but the exports don’t increase much, resulting in a forex shortage that forces a boom-bust cycle.”

While some of those imports, including for fuel, food and electricity, are spurred by populist programmes that dole out subsidies especially at election time, others are catering to the desires of the country’s minuscule but powerful elite. In the process, they are creating economic landmines for the incoming government, experts warn.

“In spite of such an acute foreign exchange crisis, we continue to import luxury items like cheese, chocolates, exotic fruits and vegetables, cars, mobile phones, dog and cat food etc,” said Dr Shahida Wizarat, head of Economics and Director Research at the Institute of Business Management in Karachi.

“We need to stop the import of these luxury items to create fiscal space for the import of machinery and industrial raw material,” she said.

The government is finally taking some steps to remedy that. Islamabad has agreed with the IMF to roll back fuel and power subsidies in the coming days and wrap up the business tax amnesty scheme under which some sectors had their taxes reduced or were exempted altogether, precursors to an IMF delegation’s visit to Pakistan next month to potentially resume its Extended Fund Facility (EFF) programme which has been on hold since June last year, the third time it has been suspended.

The subsequent increase in prices, while helpful for the country’s coffers, is also expected to push up inflation.

Finance minister Ismail told a private news channel that the country’s new Prime Minister Shehbaz Sharif has asked him not to burden common people. With that goal, the government will make a policy to raise fuel prices in a way that rich people with cars would not be given subsidies while motorcyclists would get fuel at cheaper rates, he said.

That, however, is easier said than done as experts believe this exercise of separate fuel prices would technically be impractical.

For now, the country is already facing an energy shortfall of more than 7,000 megawatts, which has resulted in power cuts across Pakistan that last six to 10 hours.

“I am acutely aware of the hardships people are facing due to load-shedding,” Shehbaz Sharif tweeted on Tuesday. The previous “PTI government neither procured any fuel nor undertook timely repair & maintenance of plants. After emergency steps are decided today, the power situation will normalize significantly by May 01, insha’Allah.”

Similarly, supplies of liquefied natural gas (LNG) and furnace oil are well below the required amount, adding to the electricity shortages. With those prices shooting up, the government is reluctant to increase their imports especially in the midst of dwindling forex reserves.

To tackle some of that, the country’s central bank earlier this month imposed 100 percent cash margins – under which importers have to deposit with the bank the value of the goods they want to import – on 177 items including memory cards. The cash margins, which are expected to depress imports of these items as not all importers have sufficient cash piles – will remain in place through December.

Similarly, last year in an effort to cut back imports in another sector, the central bank imposed restrictions on auto financing as the auto sector imports anywhere between 50 percent to 90 percent of a car’s components and raw material. It reduced loan repayment tenor from seven years to five years; doubled the minimum downpayment to 30 percent and capped auto loans to 3 million rupees ($16,070). But the only thing that slowed down was auto financing, according to research analyst Muqeet Naeem at Ismail Iqbal Securities.

For now, all eyes are on the upcoming IMF visit. That, and the news that the $6bn programme could be increased to $8bn, had investors cheering.

The KSE-100, which includes the country’s largest 100 listed firms, rose by 520 points to more than 46,000 points on Monday, a day after the finance minister announced the potential resumption of the IMF programme. The index has dropped since.

Fri May 6 , 2022
The business opportunities provided by the global transition to net zero is potentially large enough to double the size of the London insurance market, according to the London and International Insurance Brokers’ Association (LIIBA). An analysis by the UK broker trade body revealed that the global insurance opportunity created by […] 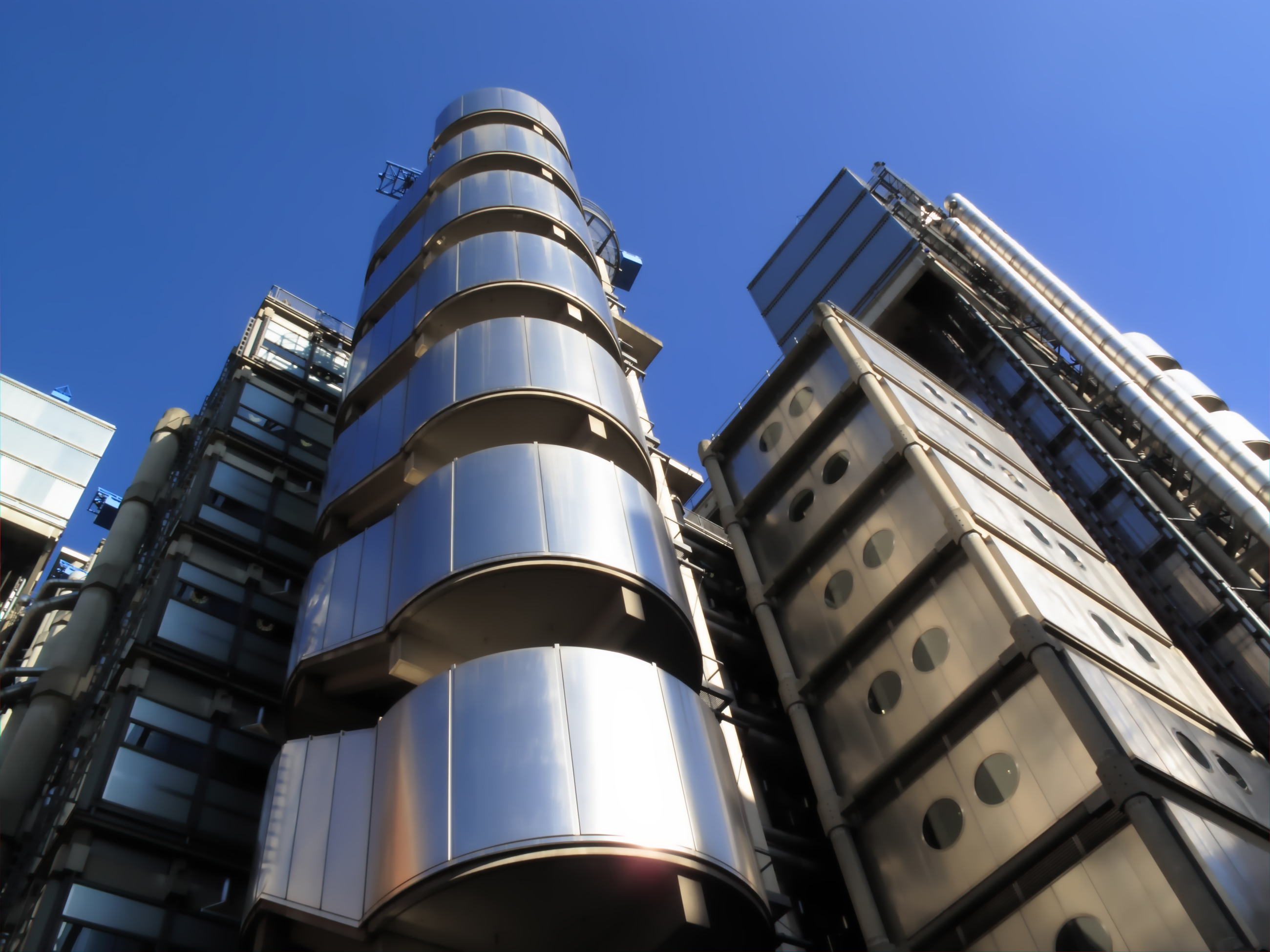