WILKES-BARRE — The Pennsylvania Chamber of Business and Industry Board of Directors Tuesday announced Hazleton area native Luke Bernstein as its next president and CEO.

A seasoned financial, government, and public policy professional with over 20 years of experience, Bernstein most recently served as executive vice president and chief operations and technology officer at Orrstown Financial Services, where he had been employed and served as corporate spokesperson since 2017.

Bernstein, 43, grew up in the Hazleton area in Conyngham and graduated from Hazleton Area High School in 1997. He was All-Wyoming Valley Conference in both cross country and track in his sophomore, junior and senior years.

Bernstein’s appointment is the culmination of a five-month search conducted by a seven-person committee comprised of representatives from member businesses across the Commonwealth.

“I am very proud of where I grew up,” Bernstein said. “I love Pennsylvania, and learned so many valuable lessons growing up in the Hazleton Area, especially from my parents who still reside there. My dad instilled in me the value of hard work at an early age, and my mom constantly showed me the importance of supporting and strengthening our community. I am very proud to serve in such a critical role and look forward to dedicating myself to making Pennsylvania a leader in job creation and economic growth.”

The search committee was led by PA Chamber Board of Directors Chair Nicholas Bertram, who also serves as president of The GIANT Company, and Vice Chair Brion Lieberman, who is chief human resources officer at Geisinger. Executive search firm SpencerStuart assisted with the search.

“When we began the search for Gene’s successor, we knew it would not be an easy task,” said Bertram. “First and foremost, we were looking for an accomplished leader with a deep-rooted love of the Commonwealth, its business community, and families and vast experience in the private and public sectors. Finally, we wanted someone with a visionary mindset, a transformational thinker with the ability to build consensus among multiple audiences and cement Pennsylvania’s reputation as a forward-thinking and front line advocate for businesses. That individual is, unequivocally, Luke, so it is no surprise that he has the unanimous support of both the search and Chamber executive committees. I’m looking forward to working with him as he champions Pennsylvania’s economy and workforce nationally and globally.”

Before joining the bank, he served as senior vice president of external affairs at the Pennsylvania Bankers Association from 2015 to 2017 and deputy chief of staff for former Pennsylvania Gov. Tom Corbett from 2011 to 2015.

In addition to his executive leadership roles in the private sector and state government, Bernstein has experience working at the federal level, previously serving as an appointed advisor in the Administration of President George W. Bush and as an aide in the U.S. Senate. He holds a bachelor’s degree in political science and policy studies from Dickinson College.

“The opportunity to lead and work with the Chamber team and serve Pennsylvania businesses is an incredible honor,” said Bernstein. “I have devoted the better part of my professional career to serving the Keystone State because I believe it is as essential to our nation today as it was when it was founded. I’m eager to get started and to continue the incredible work done during Gene’s tenure to accelerate our post-pandemic recovery with a focus on attracting and retaining both world-class employers and skilled employees, which are vital to creating the competitive and thriving economy we know the Commonwealth can, should, and will be.”

Barr, who announced his retirement last November, has more than 45 years of experience in various facets of government, political and public affairs activity, and business operations. He joined the PA Chamber in February 2003 and served for more than eight years as vice president of government and public affairs before being elected president and CEO in October 2011.

“I couldn’t be more pleased to see Luke named as my successor, and he has my utmost support,” said Barr. “With his diversified experience in the public and private sectors, he knows how to effect the change needed to drive our economy forward. I know that with the support of the entire Chamber team and its membership, Luke will boldly lead the Commonwealth’s business community into its next successful chapter.”

The PA Chamber is the largest broad-based business association in the state with over 9,700 member businesses. Members include businesses of all sizes and industry sectors, from sole proprietors to Fortune 100 companies, representing 50% of the private workforce in the state.

The Number One Mistake You're Making in Your Business Development

Wed May 11 , 2022
Opinions expressed by Entrepreneur contributors are their own. Do you struggle with business strategies? I know I have in the past. All it takes is hearing what Elon Musk‘s morning coffee routine is, and you throw everything out the window in favor of drinking mountain beans, standing on your head […] 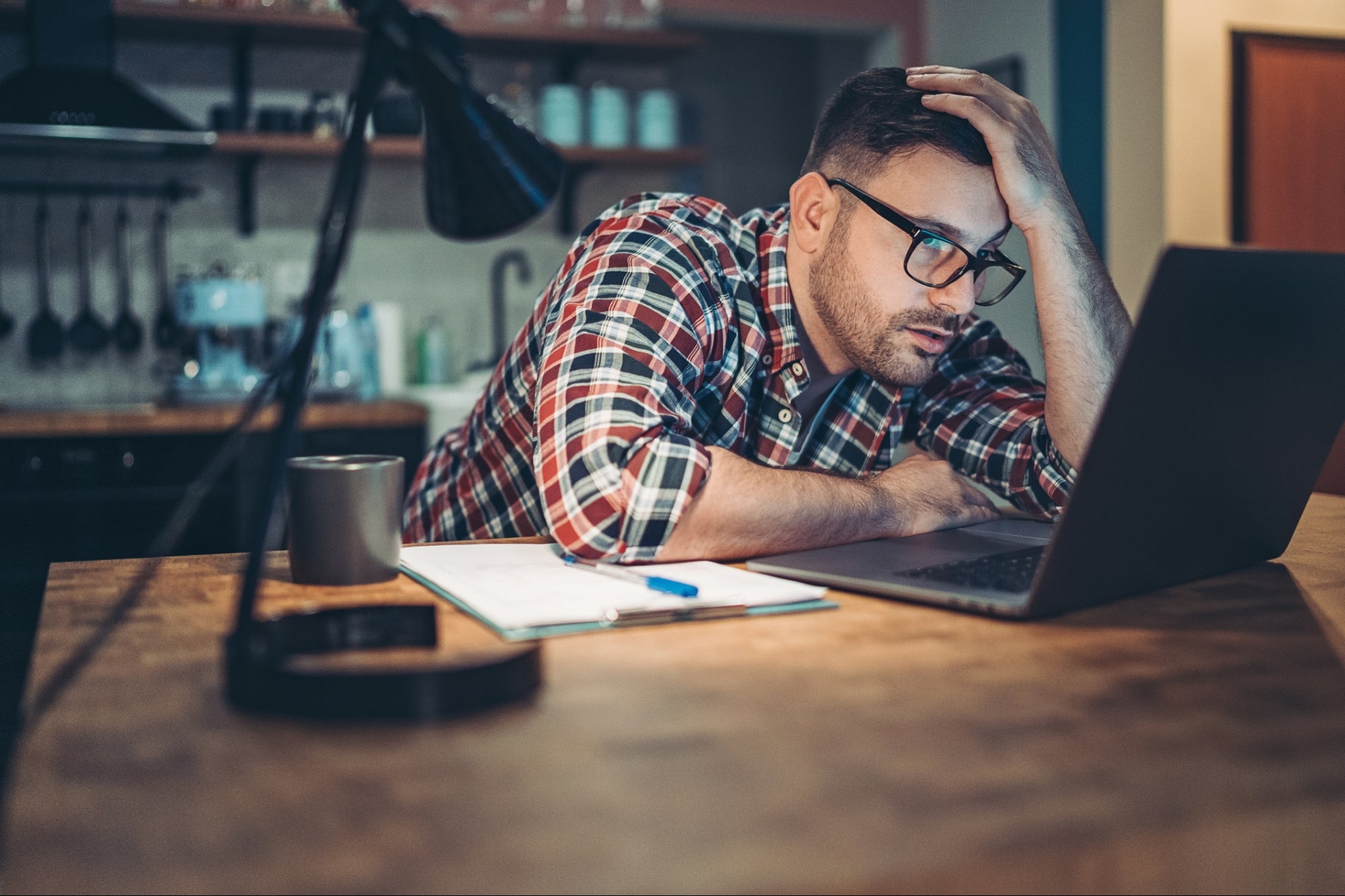