India accused Xiaomi Corp. of breaching the country’s foreign-exchange laws and seized 55.51 billion rupees ($726 million) from a local unit of the smartphone maker, in India’s latest clash with a Chinese company over their activities in the market.

India’s anti-money-laundering agency took control of the bank accounts of Xiaomi Technology India under the provisions of the Foreign Exchange Management Act, it said in a statement. The company’s local unit remitted money to three foreign-based entities with ties to Xiaomi, falsely claiming they were for royalty payments, said the Enforcement Directorate.

“Xiaomi India procures the completely manufactured mobile sets and other products from the manufacturers in India,” the agency said in its statement. “The company also provided misleading information to the banks while remitting the money abroad.”

India has taken a hard line against Chinese companies operating within the country ever since troops from the two countries clashed in 2020. India blacklisted more than 200 mobile applications from Chinese providers, including shopping services from Alibaba Group Holding Ltd., the TikTok short video hit from ByteDance Ltd. and apps used on Xiaomi’s phones.

Just last month, China’s Foreign Minister, Wang Yi, visited his counterpart, Subrahmanyam Jaishankar, for the first time since the border tensions erupted in an effort to reset the relationship. “I would describe our current situation as a work in progress,”  Jaishankar said at the time.

ED has seized Rs.5551.27 Crore of M/s Xiaomi Technology India Private Limited lying in the bank accounts under the provisions of Foreign Exchange Management Act, 1999 in connection with the illegal outward remittances made by the company.

Xiaomi disputed India’s asset seizure, arguing that its royalty payments are justified and its statements to financial institutions have been accurate. Xiaomi has been one of the most successful smartphone brands in the fast-growing market, growing to become the largest by shipment volumes in the country.

“All our operations are firmly compliant with local laws and regulations,” Xiaomi India said in its Twitter post. “These royalty payments that Xiaomi India made were for the in-licensed technologies and IPs used in our Indian version products. It is a legitimate commercial arrangement for Xiaomi India to make such royalty payments.”

The company didn’t say what steps it would take next or whether it would turn to legal action to reclaim its assets.

“We are committed to working closely with government authorities to clarify any misunderstandings,” it said.

Wed May 4 , 2022
Bruce E. Toll, co-founder in 1967 of Fortune 500 homebuilder Toll Bros., has long since diversified his fortune from the Fort Washington-based firm. His firm BET Investments Inc. has bet on health care, medical, information technology and telecom companies. And in Pennsylvania he owns coal fields and auto dealers and […] 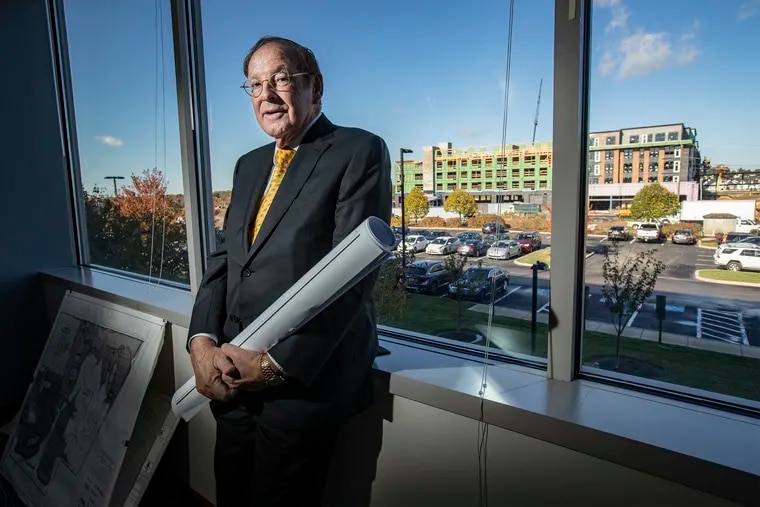