The dollar edged up on Thursday, supported by expectations for aggressive Federal Reserve monetary tightening, but it was well off the previous day’s peaks amid nervousness about what G7 might say about its rapid appreciation.

The greenback firmed 0.34% to 128.305 yen, after soaring to a two-decade high of 129.430 on Wednesday as the Bank of Japan (BOJ) stepped in to the bond market for the third time in three months to defend its zero-percent yield target, drawing a stark contrast with the Fed’s increasingly hawkish posture. Finance Minister Shunichi Suzuki said on Thursday in Washington D.C. that he had explained the yen’s “somewhat rapid” declines to his Group of Seven counterparts, but did not comment on how they reacted.

He has warned in recent days about the potential damage to the Japanese economy from a weakening currency. Suzuki is due to meet U.S. Treasury Secretary Janet Yellen this week, prompting traders to pare back bearish yen bets on the potential for a step-up in rhetoric.

The dollar index – which measures the currency against six peers including the yen – ticked up 0.16% to 100.50, following its retreat in the previous session from a more than two-year peak of 101.03. Also allowing the dollar to ease overnight, benchmark Treasury yields pulled back from the highest level since December 2018 at close to 3%, as dip buyers emerged. Those yields, though, also inched higher in Tokyo trading on Thursday.

“Few central banks will match the Fed this year for policy hikes and balance sheet retrenchment, making for a dramatic policy differential in the USD’s favour,” Westpac strategists wrote in a client note. The dollar index “should remain bid in this environment, with talk of 101-102 likely to increase near term,” they said.

San Francisco Fed President Mary Daly said on Wednesday she believed the case for a half-percentage-point rate hike next month is “complete” and “solid”, adding to recent comments from other Fed officials backing bigger rate increases. Markets are currently priced for half-point increases in both May and June.

By contrast, the BOJ on Wednesday offered to buy unlimited amounts of 10-year Japanese government bonds for four consecutive sessions as yields bumped against the 0.25% maximum leeway around its zero-percent target, showing its commitment to ultra-easing stimulus settings ahead of its policy meeting next week. BOJ Governor Haruhiko Kuroda has stuck to the view that a weak yen is overall good for the economy, but reiterated on Thursday that currency volatility could hurt business activity.

Japanese policymakers “have not fully utilised their verbal intervention toolkits yet – the next phase would typically involve describing moves as ‘speculative’ and threatening to ‘take decisive action,'” Adam Cole, chief currency strategist at RBC Capital Markets, wrote in a research note. “If we get to that point, the hurdle for the next logical step of physical intervention may be lower than generally perceived.”

But on whether intervention would work, he said it “could restore some short-term balance to markets and manage the pace of JPY depreciation (but) longer-term, there is no prospect of the BOJ mopping up all of the JPY selling we anticipate from within Japan as the Fed hiking cycle gets properly underway.” Elsewhere, the euro eased 0.19% to $1.0832, while sterling slipped 0.13% to $1.3052.

The onshore Chinese yuan remained under pressure, sinking as low as 6.4449 per dollar for the first time since Oct. 13. A growing number of analysts are cutting Chinese growth forecasts. Shanghai authorities said on Thursday the number of COVID-19 cases outside quarantined areas in the city rose again, warning tough lockdown restrictions would remain in place for now even in districts which managed to cut transmissions to zero.

Wed Apr 27 , 2022
The College of Charleston held its 6th annual German American Business Summit (GABS) on March 29, 2022, with approximately 175 attendees including business representatives, students and members of the campus community. The Spring Career and Internship Fair, which took place immediately after the summit, featured 115 companies and more than […] 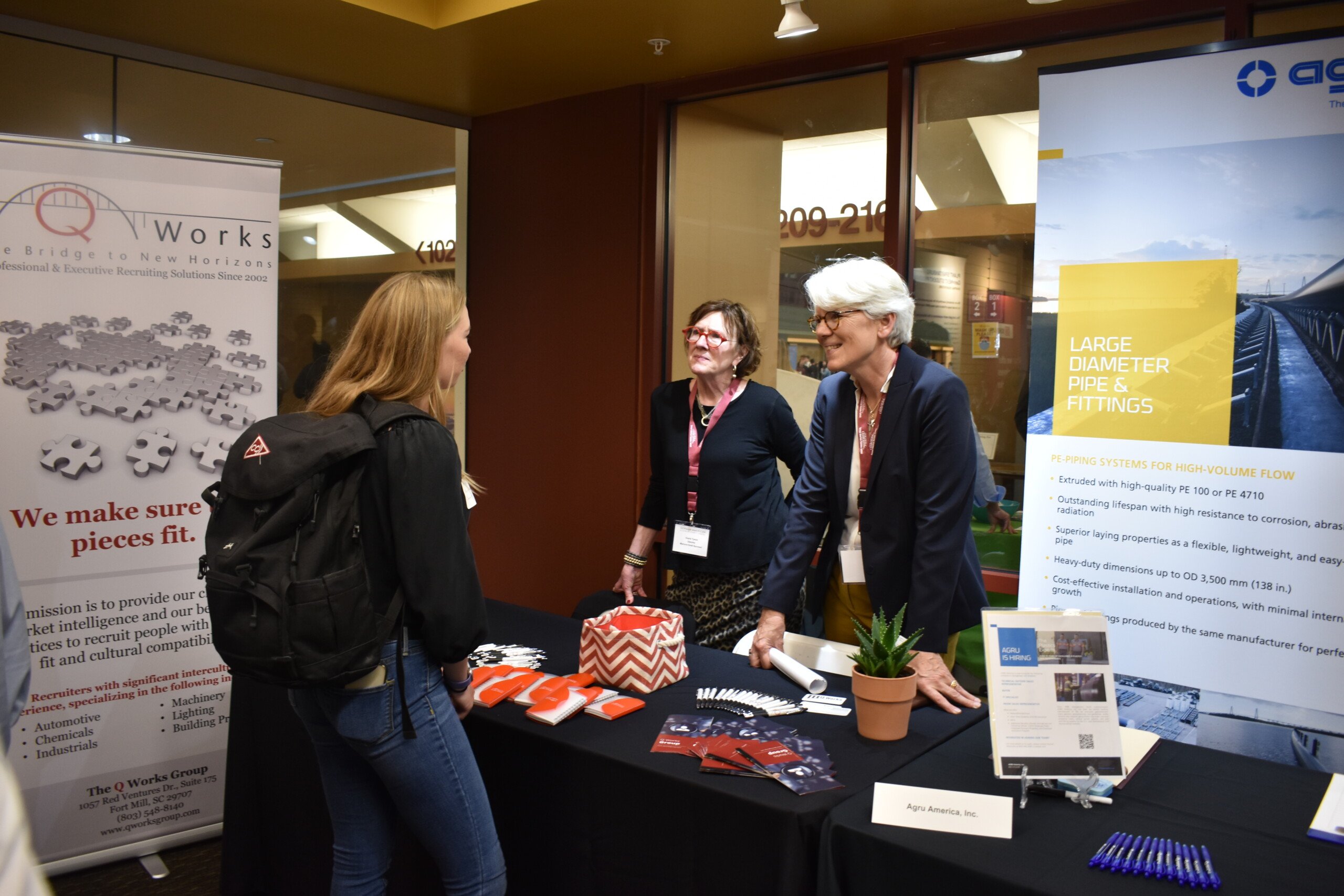