Editor’s note: This story is part of a series of profiles of notable spring 2022 graduates. 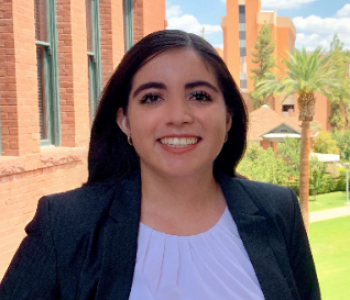 Valeria Valdes Cosillion’s first recollection of falling in love with the arts was at age 3 when she attended her uncle’s performance in “Cats” for his local university in Guadalajara, Mexico.

“I enjoyed what you could do with the medium transporting you into an entire new world and what that kind of entailed, but I knew I couldn’t be an actress because I had very bad stage fright growing up,” she said. “Then I started looking at the behind the scenes of film, and I just really love how you can pull multiple things together into something really magical and the unlimited possibilities.”

Her long term goal is to work in production management for animated features.

When she graduates this spring, she will be earning a bachelor’s degree in film and media production from The Sidney Poitier New American Film School and a degree in business management from the W. P. Carey School of Business.

“My mom was a business administration major,” she said. “She would always tell me about her experiences and how it was like the mysterious side of human resources, and I always enjoyed it somehow. I thought I could do both, so I did.”

She also is a Barrett, The Honors College student and is minoring in international business studies. She received the New American University Scholarship for being a National Hispanic Scholar and has earned a couple of different scholarships from the W. P. Carey School.

Here she answers some questions about her time at ASU.

Question: What’s something you learned while at ASU — in the classroom or otherwise — that surprised you or changed your perspective?

Answer: You feel like you’re going in one direction, but then you encounter things and pivot, and I feel that’s what I enjoy the most about my time at ASU — having all these different possibilities and having the freedom to try new things out. As I go with my cohort and other ASU alumni who learned from their experiences, I’m keeping that open road mindset of being OK with the unexpected, because you might not know where you’re going and that’s OK. There’s a pressure to know, right at graduation, where you’re going and what job you’re getting, but I feel OK not knowing, because I’ve done so many things, and the takeaway from college is to make it a meaningful experience. As long as you keep moving forward, keep learning, you’ll be where you want to be.

Q: Which professor taught you the most important lesson while at ASU?

A: Definitely Dr. Jason Scott has been the biggest influence and has impacted me the most. TheyScott prefers the use of gender neutral pronouns. are very eloquent and have really showed care for the students. They make sure the film school lives up to its mission statement, making the school a more diverse place where anyone can create what they want to, not limiting people’s creativity. I’ve had the chance to work with them in multiple opportunities, and every time that we spoke they always had deeper insight into how I could broaden my perspective on things.

I feel like it’s hard to pinpoint one thing because there were multiple things. It’s just really inspiring to see how they cultivate a good environment to not only have the students be comfortable but also to work well with other professors. I feel like they really shaped my idea of what a good leader is and how to care for the people around you. I know I’ve had a hard time taking care of myself and having work-life balance, and seeing other people in leadership roles and thinking how they might be going through it has really taught me how to care about that. Those are some of the good lessons I’ve learned from them. I really admire them.

Q: What’s the best piece of advice you’d give to those still in school?

A: Get involved on campus, take those leadership roles and attend club meetings. I feel that’s the biggest reason why my college experience was more meaningful than my high school experience. In high school I was always just attending class, focusing on grades, hanging with friends occasionally, but in college I made an effort. I was like “OK, I’m going to get involved, I’m going to have these leadership positions,” and I feel that is what made this experience the most meaningful, because I was able to meet people. Getting involved with clubs was the way I got connected. I was able to get on set and learn earlier on what it was like working in film.

Q: What was your favorite spot on campus, whether for studying, meeting friends or just thinking about life?

A: Since I am also in Barrett, we have a Leader’s Academy lounge in McCord Hall. It’s nice and private. That’s one of the spots I really like to go to.

Q: What are your plans after graduation?

A: My ultimate, long term career goal is to work in production management for animated features. I realized that I like the lifestyle and what it’s like making an animated feature vs. live action, and also I’ve been a big animation fan for a long time, first with Disney animated features growing up, and I was big on anime. I also noticed it was easier to dub into Spanish – you wouldn’t have the weird lip disjunction, so it didn’t really take you out of the moment, like it did sometimes with live action. My mom wasn’t fluent in English, so it was always nice watching those movies with her and we got to watch them in Spanish. Because of that I feel I gravitated towards animation, and I was part of two leadership programs involving animation where I got to learn what production management was like, so I realized it really does align with what I want to do.

Q: If someone gave you $40 million to solve one problem on our planet, what would you tackle?

A: There’s so many things, but I feel the current thing, just through what I’ve been involved with, is feeding those countries that need a lot of support. I’ve been involved with Feed My Starving Children, and just seeing the small impact in making sure that someone has enough nutrition and nourishment to go about their day and bring forward new change I feel is one of the most useful things. So I feel like, if I do have that amount of money, that’s what I want to focus on — being able to bring support to these organizations that already have connections to continue doing their operations. 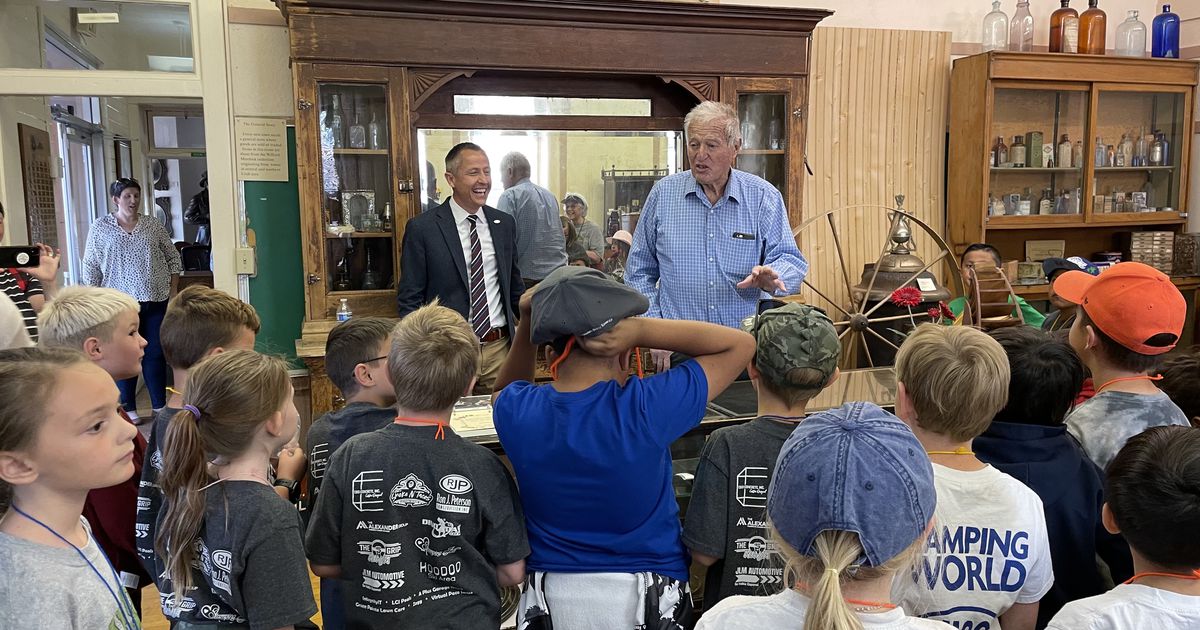 By Gertrude Chavez-Dreyfuss NEW YORK, Sept 23 (Reuters) – The euro and sterling plummeted to fresh 20-year and 37-year lows against a surging U.S. dollar on Friday after surveys showed the downturn in business activity across the euro zone and Britain accelerated this month and the economies were likely entering […]