WASHINGTON — The nominee to be the Pentagon’s next acquisition chief has a simple message when it comes to developing advanced technologies such as hypersonics: Don’t be afraid to fail, and learn from those failures.

“A failed test is one where you don’t learn,” Bill LaPlante told the Senate Armed Services Committee in his nomination hearing to be undersecretary of defense for acquisition and sustainment Tuesday.

In his opening statement, LaPlante said the Pentagon’s acquisition system has to focus on delivering new capabilities that troops need — not just today, but in the future — to meet the quickly evolving threat from China and other leading adversaries.

To do this, the military has to move emerging technologies such as hypersonics, quantum sensing, artificial intelligence, autonomous devices and directed energy to programs of record and get them to the field to be used operationally, he said.

But LaPlante agreed with an observation from Sen. Angus King, I-Maine, that the Pentagon tends to be “risk-averse” and is hesitant to run a test unless it’s sure it’s going to succeed.

LaPlante pointed to the fallout from a pair of unsuccessful hypersonic glide vehicle tests that the Air Force and Defense Advanced Research Projects Agency ran in 2010 and 2011.

Senators of both parties praised LaPlante, a former Air Force acquisition chief and current chief executive of Draper, for his experience and knowledge, and no issues were discussed that appeared likely to endanger his confirmation. The committee also spoke with Erik Raven, the nominee to be Navy undersecretary, Marvin Adams, the nominee for the National Nuclear Security Administration’s deputy director of defense programs, and Tia Johnson, who was nominated to be a judge on the Armed Forces Court of Appeals.

LaPlante and senators agreed the nation needs to do more to strengthen the defense industrial base and the supply chains it relies upon.

Sen. Jim Inhofe of Oklahoma, the ranking Republican on the committee, expressed concerns that munitions stocks in key theaters around the world are too low and the nation does not have the capacity to quickly produce enough munitions and ammunition. Inhofe was particularly worried that there is not a hot production line to make Stinger missiles, at a time when the United States is sending thousands of the surface-to-air missiles to Ukraine to help them resist Russia’s invasion.

“They, by themselves, are a deterrent, and we need to put much more focus on that across the board,” LaPlante said.

LaPlante also said that if he is confirmed, he will immediately speed up the delivery of equipment and weapons to Ukraine and NATO partners, and work to replenish the stockpiles that have been tapped for those donations.

The consolidation of the defense industry in recent years has also hurt the Pentagon, LaPlante said, by reducing the competition that drives innovation and speed.

And LaPlante said the Pentagon needs to keep pressuring prime contractors to have a thorough knowledge of their supply chain, “three or four tiers down,” so they know where critical points of failure might be.

Defense officials and industry leaders have regularly spoken about how their supply chains have been battered during the COVID-19 pandemic. This has limited access to key components such as microchips, driven up costs and pushed industries to try to find other ways to keep their supply chains moving.

LaPlante also said the Pentagon needs to lower the barriers keeping small, non-traditional or startup companies from doing business in the defense technology and industrial base. This includes helping them get access to reliable financing and resources, he said, and working with the broader acquisition community to create more ways for innovative small businesses to subcontract with existing prime contractors.

“Small businesses in industry have to see that there’s skin in the game, that they have a viable line of business if they’re successful in innovating,” LaPlante said. “They don’t just get a one-off contract for a prototype.”

And increasing the opportunities for small and startup businesses that might have a new, better way of doing things is also a way to make sure large, traditional defense contractors don’t grow “complacent,” LaPlante said.

“We want the widest amount of competition possible,” LaPlante said. “If in fact there’s a new entrant, small business or a startup, that can do your job, you will be competitive with them, and it’s going to drive better behavior.”

Between 2019 and 2020, the National Defense Industrial Association said in its most recent Vital Signs report, the number of new vendors entering the defense industrial base dropped from 6,500 to 6,300. NDIA said that decline was “worrying” and could lead to production or innovation shortages.

“We need these small businesses and these startups to be in our industrial base,” LaPlante said. “That’s the ace in the hole of the country.”

He cited studies that showed issues with cost accounting standards, intellectual property concerns and the department’s sluggish acquisition and “authority to operate” processes are some of the biggest obstacles discouraging small businesses.

“To get a network, even for critical, unclassified information, it may take a small business months to have the government come in and give them the authority to operate their network,” LaPlante said. “All of these things have to be driven collectively, so a small business can say they have confidence that it’s going to get better for them.”

LaPlante also emphasized the importance of designing weapons using modular open systems that can be easily upgraded with new technologies, as the B-21 Raider bomber was designed.

“We’ve known about modular systems for 20 to 30 years,” LaPlante said. “We need to get them into all of our new systems, put it in the [request for proposal]. The B-21 … was designed with an open standard right from the beginning, such that continuous technology could be upgraded for decades to come. That should be in all of our systems.”

Stephen Losey is the air warfare reporter at Defense News. He previously reported for Military.com, covering the Pentagon, special operations and air warfare. Before that, he covered U.S. Air Force leadership, personnel and operations for Air Force Times.

FSU finance expert: Fed had to respond to high inflation

Thu Mar 24 , 2022
William Christiansen, longtime chair of the finance department in Florida State University’s College of Business. Soaring inflation and its threat to the U.S. economy gave the Federal Reserve no choice but to raise interest rates this week and to signal further increases in the coming months, said William Christiansen, longtime […] 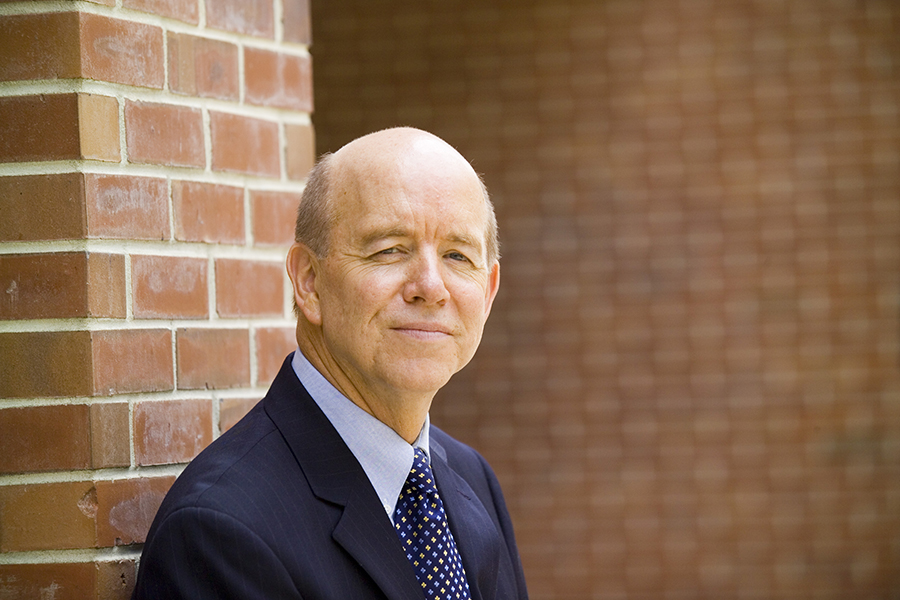